Saby Cheek (real name: Sabine Adamiak) started writing at the age of 13. Her music is a mix of rock and roll strength and singer/songwriter sensitivity. Founding bands since 1992 and several releases in collaboration with other musicians she now set her focus on her solo career.

Beside the cover of the country song „Black Roses“, Saby released the singles „Like I Love You“ and „My Captain Jack„. The single “My Captain Jack” is a danceable ballad drawing the picture of true love being a battlefield – sometimes. “Like I Love You” is a sophisticated pop rock song about love, sex, and its evil sweetness – about passion and the addictive taste of unconditional love.

„The One (Wedding Version)“ is Saby’s brand new single, released on December 9th, 2021.
A ballad from the bottom of her heart about the certainty of having found the one. This single is a soulful and intimate wedding version dedicated to Saby’s wife Agata.

One big step in her music career was definitely the decision to found her own indie record label “RollDog Records” in 2006. It makes her free as an artist to experiment and release her music the way she wants it to sound like. Being on the GoGirls Compilation 2010 and 2012 was also a dream come true, being part of these all American compilations.

Playing live in the UK, London in 2012 was another milestone, as well as working with Peter Vieweger in 2016.

NEW ALBUM: Currently Saby is working on her solo album – to be released soon.

*NEW SINGLE* THE ONE 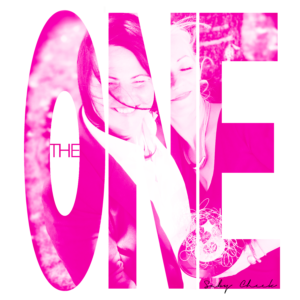